Robert Greenman is a writer, educator and speaker with major interests in journalism education, vocabulary acquisition, and education in general. All three interests are combined in his two current vocabulary enrichment guides, Words That Make a Difference and More Words That Make a Difference, with illustrative passages from The New York Times and the Atlantic Monthly, respectively. He co-authored the second book with his wife, Carol.

Bob taught high school and college English and journalism, and advised student publications, for 30 years, all in Brooklyn, New York. After one-semester stints at Boys High School and Prospect Heights High School, he taught at James Madison High School for 23 years and at Edward R. Murrow High School for six years. During his high school teaching career, and after, he was an adjunct instructor in English and journalism at Kingsborough Community College, a division of the City University of New York.

Bob’s guide for high school newspaper advisers, The Adviser’s Companion (1991), is currently out of print but available on used-book Web sites. He will revise it someday, but before then it will probably appear, in parts, on this Web site or the Web site of the Columbia Scholastic Press Association (CSPA).

For many years Bob has instructed a newswriting and reporting sequence at the CSPA summer high school journalism workshop, and for three years led a high school newspaper advisers’ workshop at Ball State University under the aegis of the American Society of Newspaper Editors.

Bob is a member of the Journalism Education Association's Multicultural Commission and wrote CSPA’s “Pledge for Diversity,” an encouragement for high school newspaper staff members and their advisers to recognize and remove barriers that might be preventing some students from joining their staff.

Bob has presented hundreds of sessions at CSPA and JEA conventions, and at many state scholastic journalism conferences, and has spoken at conventions of the International Reading Association and the National Council of Teachers of English. A section of this Web site will soon be devoted to material Bob distributes at his convention sessions, and be available to journalism teachers and newspaper advisers for use with their classes and newspaper staffs.

During the 1990's, Bob wrote or edited most of The New York Times's newspaper in education curriculum materials, and many of their promotional items, and created weekly student quizzes. His book, Captive Vocabulary, a compilation of a thousand New York Times sentences, each featuring a word that every student should know, was published in 1980 by The Times’s newspaper in education department (called at that time its School and College Department) and distributed free to 100,000 students and teachers with classroom subscriptions to The Times. That little book was the genesis for Words That Make a Difference and More Words That Make a Difference.

Bob has also written curriculum materials for Newsday and Newsweek.

Bob is a member of the Columbia Scholastic Press Association; the Journalism Education Association; the National Council of Teachers of English; the International Reading Association; the American Dialect Society; the North American Dictionary Society; the American Name Society; the Author’s Guild; and the Society of Professional Journalists (SPJ). As the education liaison for the SPJ's New York City chapter, the Deadline Club, Bob brings professional journalists to high schools to talk with journalism classes and school newspaper staffs, and administers an annual award presented to a New York City area high school newspaper adviser whose publication exhibits high quality journalism teaching and a high degree of journalistic professionalism.

Bob’s awards include CSPA’s Gold Key; JEA’s Pioneer Award and Medal of Merit; membership in the University of Oklahoma’s National Scholastic Journalism Hall of Fame; and the combined Charles R. O'Malley Award for Excellence from CSPA and the New York Times's newspaper in education program for promoting newspapers as “effective classroom texts to improve literacy and leadership.” In March 2009, he received the Joseph M. Murphy Award for Outstanding Service to the Columbia Scholastic Press Association. 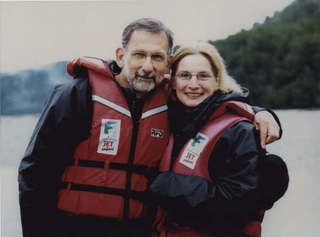 Carol and Bob Greenman, co-authors of More Words That Make a Difference